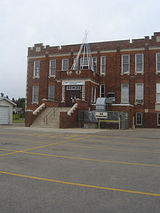 Description:
North Park is a community which is just to the north of the Meewasin Riverworks observation area and the CPR Bridge. It has access along its eastern perimeter to the scenic walking trails along the South Saskatchewan River developed by the Meewasin Valley Authority. The average home selling price in 2006 was $101,176- $139,704. Each family was approximately 2.1 residents, and 63.9% of the residents owned their own home.<sup>Statistics c2006 - </sup>

Within the Lawson Suburban Development Area (West Side), the neighbourhood of North Park is bordered by the south Saskatchewan River on the east and Warman Road which lay parallel to each other. 33rd Street East to the south and Hazen Street demarks the northernmost limit.

There are some historic dwellings in North Park, as there was some development before World War II. Most of the construction of this area, however came to be in the decade after.

The Municipal Railway opened January 1, 1913 and contributed considerably to the growth of North Park and other outlying districts. The South Saskatchewan River provided prime real estate with a view of the scenic Meewasin Valley.

North Park with a rich and varied lifestyle and history is documented in this book: E.T. Pete Russell. <u>'The...
Read More