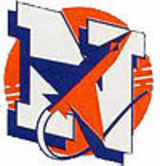 The club entered the SACA competition in season 1997/98 as the result of the amalgamation of the Elizabeth and Salisbury District Cricket Clubs. In 2004/05 the Jets won the SACA Grade Competition premiership. The club has also won the West End Cup (one-day competition) in 1998/99, and the inaugural 20 x 20 SACA competition in 2003/04.

The current 'A Grade' captain is Redbacks keeper Batsman Graham Manou; however Chris Duval is the Acting captain for when Manou is playing for SA.

The juniors, under coaches Andrew Frick (U/16), Trent Pascoe (U/14), Chris Phillips (U/12 Development) and High Performance Coaches Andrew Costello and Steven Busbridge, show great talent, and are constantly in finals in all grades.

The 'Jets' have also recruited some fine English talent such as Damien Brandy, Stephen Moore, Lee 'the...
Read More