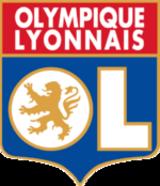 Description:
Olympique Lyonnais (; commonly referred to as simply Lyon, or OL) () is a French association football club based in Lyon. They play in France's highest football division, Ligue 1. The club was formed as Lyon Olympique Universitaire in 1899, according to many supporters and sport historians, but was nationally established as a club in 1950. The club's most successful period has been the 21st century. The club won its first ever Ligue 1 championship in 2002, starting a national record-breaking streak of seven successive titles. Lyon have also won a record seven Trophée des Champions, four Coupe de France titles and three Ligue 2 Championships.

Lyon have participated the UEFA Champions League 11 times, and during the 2009–10 season, reached the semi-finals of the competition for the first time after three previous quarter-final appearances. Olympique Lyonnais play its home matches at the 40,494-seat Stade de Gerland in Lyon. In 2013, their new stadium will be ready, tentatively named OL Land, in Décines-Charpieu, a suburb of Lyon. The club's home colours are white, red and blue. Lyon were a member of the G14 group of leading European football clubs and are founder members of its successor, the European Club Association.

Olympique Lyonnais is one of the most popular clubs in France. About 11% of the country's population support the club. Lyon share this number with Paris Saint-Germain and only trail Olympique de Marseille. Lyon hold the honor of being...
Read More