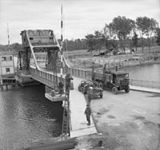 Description:
The Oxfordshire and Buckinghamshire Light Infantry was an infantry regiment of the British Army.

In 1908 the regiment's title was altered to become the Oxfordshire and Buckinghamshire Light Infantry, commonly shortened to the 'Ox and Bucks'.

The 43rd Foot was based in Burma when it became the 1st Battalion. In 1882 it moved to Bangalore, India. In 1887 the battalion returned home, being based in Parkhurst, England. It moved to Kinsale, Ireland in 1893 and, having been based in other parts of Ireland, returned to England in 1898. In December 1899 the Second Boer War began and the 1st Battalion arrived in Southern Africa to take part in it. It saw extensive service in the conflict, including in the relief of the besieged British garrison at Kimberley and in the defeat of the Boers at Paardeberg in February. The war raged on for a further two years and the regiment saw extensive service for the duration of the conflict. The Oxfordshires returned to the UK in 1902 with the conclusion of the war. It moved to India the following year where it was based until the outbreak of war in 1914.

The 52nd Light Infantry was based in Oxford, England...
Read More