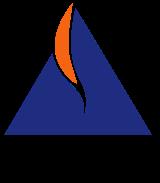 Description:
The Party of Estonian Christian Democrats (Erakond Eesti Kristlikud Demokraadid), formerly known as the Estonian Christian People's Union (Eesti Kristlik Rahvapartei) is a political party in Estonia, which is not represented in the Riigikogu (parliament). The party has 2,167 members. Its chairman is businessman Aldo Vinkel. It is a Christian-conservative party which is opposed to the European Constitution and campaigned against Estonia joining the EU. The party is a member of the European Christian Political Movement (EPCM).

The party took part, but didn't collect any seats in...
Read More