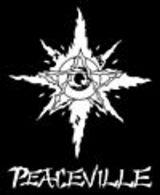 Description:
Peaceville Records is a British independent metal-oriented record label. The label was founded by Paul "Hammy" Halmshaw (of the bands Instigators and Civilised Society?, who was also one-time drummer of Sore Throat) in 1987, in Dewsbury, England. Originally a tape label releasing anarcho punk, the releases moved towards metal through crust and similar forms of metal influenced English hardcore punk. Halmshaw started running the label full time in 1988, although the original tape label incarnation was founded in 1981 as a vehicle for releasing Instigators demo cassettes.

The label is therefore known for the connection between doom metal and the 1980s English crust punk scene. Sister labels 'Deaf' and 'Dreamtime' concentrated more on thrash metal (Deaf) and psychedelic electronica (Dreamtime).

However, the bands Autopsy, Darkthrone, My Dying Bride, Anathema, Opeth, Katatonia and Paradise Lost - known as the 'Peaceville Stable' - have been the label's most recognizable traits since the 1990s. Peaceville also became known for its anti-major stance and left wing political outlook.

In November 2006, after 25 years at the helm, Halmshaw announced that he and co-manager Lisa Halmshaw would be leaving the label to concentrate on new projects, and that his former assistant, Paul Groundwell, would be taking over general management duties, following the sale of the label to back catalogue specialists Snapper Music, who had distributed Peaceville since...
Read More