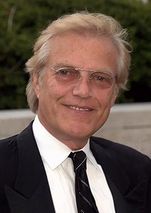 Description:
Peter Martins (born October 27, 1946) is a Danish ballet dancer and choreographer. Martins was named man of the year by Danish American Society, 1980. He was a principal dancer with the Royal Danish Ballet and with New York City Ballet, where he joined George Balanchine, Jerome Robbins and John Taras as balletmaster in 1981, retired from dancing in 1983 at which time he became Co-Ballet Master-In-Chief with Robbins, and since 1990 has borne sole responsibility for artistic leadership of City Ballet.

Born and raised in Denmark, Martins studied at the School of the Royal Danish Ballet and danced with the company from 1965 to 1969. He was already an international star when he joined NYCB in 1970 as a principal dancer. Martins danced a wide variety of roles, although he may be most famous for Apollo and the Cavalier in Balanchine's Nutcracker. He danced frequently with Suzanne Farrell, although they parted acrimoniously when she retired in 1989. Martins was Balanchine's choice to run the company, and he was made Balletmaster in 1981. He retired from dancing in 1983 and assumed the job of Balletmaster-in-Chief in 1990.

Martins regularly choreographs new works for both companies. His first piece was Calcium Light Night set to music by Charles Ives and premiered in 1977. His more recent pieces include Octet, Friandises, Stabat Mater and the full-length ballets The Sleeping Beauty, Swan Lake and Romeo † Juliet. He also did the choreography for the Barbie movies Barbie in the...... ...
Read More