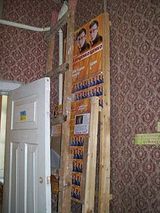 Description:
Political campaign staff are the people who formulate and implement the strategy needed to win an election. Many people have made careers out of working full-time for campaigns and groups that support them, but in other campaigns much of the staff might be unpaid volunteers. (Information on political consultants, people who do not work for the campaign full-time but still provide assistance in the form of advice and creative expertise, are discussed in the political consultants article).

This article provides a generic description of a campaign's staff and organization. Different campaigns have different structures.

Structure of a campaign