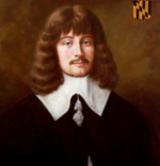 Description:
A proprietary colony was a colony in which one or more individuals, usually land owners, remaining subject to their parent state's sanctions, retained rights that are today regarded as the privilege of the state, and in all cases eventually became so.Bernard Vincent, La période coloniale in États-*Unis peuple et culture, 2004, ISBN 2707142603

This type of colonial government based on the County Palatine and resembling feudal grants of fiefs in exchange for service more than the modern concept of state sovereignty, was used by England's early colonization along the Atlantic coasts of North America and the Caribbean.

Most were run under a colonial charter agreement, which was reviewed by the ruling Monarch. A good example is the Province of Pennsylvania, granted to William Penn (the state still bears the name meaning "woodlands of Penn") by King Charles II of England.

This type of indirect rule eventually fell out of favor as the colonies became established and administrative difficulties eased. The English Sovereigns sought to concentrate their power and authority and the colonies were converted to crown colonies, i.e. governed by officials appointed by the King replacing the people the King had previously appointed and under different terms.

The Monarch repeatedly granted transatlantic territory to an individual or a small group, rather than to a chartered company — which would of course then be no more than an...
Read More