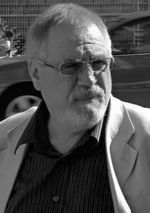 Rector Of The University Of Dundee

Rector of the University of Dundee

Aside from his official duties to the university, the Rector is charged with the responsibility of representing the students of the University who elect him for a three year term. The Rector is officially installed in a ceremony soon after his election by the University's Chancellor or, in his place, the Vice-Chancellor.