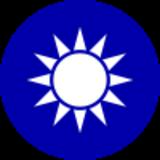 Description:
The Republic of China Air Force () is the aviation branch of the Republic of China Armed Forces. The ROCAF's primary mission is the defense of the airspace over and around Taiwan against an attack by the People's Republic of China. Priorities of the ROCAF include the development of long range reconnaissance and surveillance networks, integrating C4ISTAR systems to increase battle effectiveness, procuring counterstrike weapons, next generation fighters, and hardening airfields and other facilities to survive a surprise attack.

In May 2005, the Ministry of National Defense indicated its intention to transfer command of all defensive missile systems to the ROCAF, while future offensive missiles would be placed under a newly-formed missile command. As of 2006, all medium and long range SAM units were transferred from ROC Army's Missile Command to ROCAF, while ROCAF's airbase security units were transferred to ROC Army Military Police. But it's revealed in January 2011, 5 years long problems of integrating those long range ex-ROC Army SAM units into ROCAF has forced ROCAF high command decided to return those units back to ROC Army's Missile Command.

In July 2010, former United States Air Force deputy under secretary for international affairs, Bruce Lemkin said that Taiwan's ability to defend its airspace had degraded due to its aging fighters and that the sale of new fighter aircraft to Taiwan was an urgent priority.