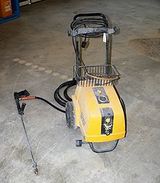 Response To The 2005 Civil Unrest In France

Response to the 2005 civil unrest in France

Description:
The 2005 civil unrest in France initiated a domestic and international response.

<!-- Deleted image removed: -->Interior Minister Nicolas Sarkozy, who has consistently advocated a tough approach to crime and restoring law and order, was a major probable contender for the 2007 presidential election. Success or failure on his part in quelling violence in suburban ghettos may thus have had far-ranging implications. Any action by Sarkozy was likely to be attacked by the political opposition, as well as by members of his Union for a Popular Movement (UMP) political coalition who also expect to run for the presidency. Le Monde, in a 5 November editorial reminisced about the "catastrophic" elections of 2002 where right-wing candidate Jean-Marie Le Pen managed to enter the second round of voting, showing concern that a similar situation might arise in the upcoming elections as a backlash to the riots.

After the fourth night of riots, Sarkozy declared a zero tolerance policy towards urban violence and announced that 17 companies of riot police (C.R.S.) and 7 mobile police squadrons (escadrons de gendarmerie mobile) would be stationed in contentious Paris neighborhoods. Sarkozy has said that he believes that some of the violence may be at the instigation of organized gangs. "... All of this doesn't appear to us to be completely spontaneous", he said . Undercover police officers were sent to identify "gang leaders, drug...
Read More