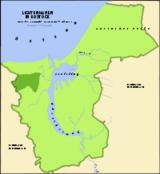 Description:
From August 22–24, 1992 a violent anti-Vietnamese and anti-Roma riot took place in Rostock-Lichtenhagen; it was the worst mob attack against foreigners in postwar Germany. Although there were stones and petrol bombs thrown at an apartment block that housed asylum seekers, no one was killed. At the height of the riots, several hundred militant right-wing extremists were involved, and about 3,000 neighbourhood onlookers stood by, supporting them.Julia Jüttner. "" "As the mob took control" Spiegel Online (August 22, 2007) Accessed Feb. 19, 2010

The initial response of authorities and politicians was heavily criticised.John Eisenhammer. "" The Independent (August 28, 1992) Accessed Feb. 19, 2010 Outside the building where the refugees were housed, several hundred asylum seekers had been camping for several days with little or no access to basic facilities, leading to escalating tensions in the neighbourhood.