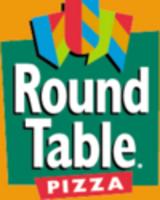 Description:
Round Table Pizza is a large chain of pizza parlors in the western United States. The company's headquarters are located in Concord, California.

The company slogan for many years has been "The last honest pizza".

In 1961 a friend of Larson's drew some sketches of members of King Arthur's court eating pizza, and Mr. Larson then adopted the King Arthur theme for his restaurants."Obituaries: Bill Larson, 73, founder of Round Table chain of pizza parlors", Los Angeles Times, November 21, 2006, page B8