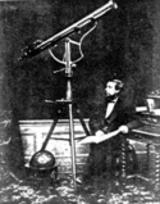 Description:
|- style="background-color: #A0B0FF;" colspan="3"| Database References|- bgcolor="#FFFAFA"| Simbad || |- bgcolor="#FFFAFA"| ||S Andromedae (also SN 1885A) was a supernova in the Andromeda Galaxy, the only one seen in that galaxy so far by astronomers, and the first ever noted outside the Milky Way. It is also known as "Supernova 1885".

It was discovered on August 19, 1885, by the Irish amateur astronomer Isaac Ward in Belfast, and independently the following day by at () Observatory in . It reached magnitude 6, but faded to magnitude 16 by 1 st February 1886.

The star was reported to be reddish in color and declined very rapidly in brightness, which is atypical for Type Ia supernovae. Unfortunately no spectroscopic data is available.

The location of the supernova event was 16&Prime; from the relatively bright nucleus of the galaxy. This made detection of the supernova remnant difficult, and multiple attempts proved unsuccessful. Finally, in 1988, astronomer R. A. Fesen and others using the 4-meter Mayall telescope at Kitt Peak discovered the iron-rich remnant of the explosion. Further observations were made with the Hubble Space Telescope in 1995.