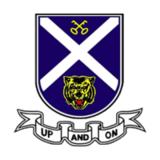 Description:
<!-- Do not remove this tag until the issue is fully resolved. WikiProject:FACT -->

Saint Andrew's Junior College (SAJC) is a junior college in Singapore, offering a two-year course for pre-university students leading up to GCE 'A' Level examinations.

SAJC started pre-university classes in 1969 at the St. Andrew's School campus. In 1978, the college was formally established with its own campus at Telok Blangah, where it remained for 28 years. In 2006, the junior college moved back to Potong Pasir to form part of St. Andrew's Village. The Village houses St. Andrew's junior and secondary schools, as well as the junior college. The JC is located at the former SASS site at 55 Potong Pasir Avenue 1. A sheltered pedestrian bridge across the Kallang River connects the JC to the secondary and junior schools across the river. Students at the college are called "Saints". The Village is a ten minute walk from Potong Pasir MRT station and a five minute bus ride (Bus 142) from Toa Payoh Bus Interchange.

In 2008, the former principal of Crescent Girls' School, Mrs Lee Bee Yann, replaced Mrs Lim as the principal of SAJC.

The classes are named by the year the students came into the school, the faculty (A for Arts, S for Science) and a number. An example would be 08S14 - this signifies that the class started in 2008, is in the Science faculty and is the 14th class (in order of subjects taken by students).