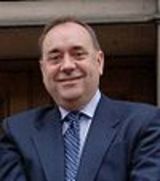 The election delivered the first majority government since the opening of Holyrood, a remarkable feat as the mixed member proportional representation system is used to elect MSP's and was originally implemented to prevent single party governments as well as produce proportional results in Scotland. The Scottish National Party won 69 seats, the most the party has ever held at either a Holyrood or Westminister election, allowing leader Alex Salmond to remain First Minister of Scotland. The SNP gained 32 constituencies, twenty two from the Scottish Labour Party, nine from the Scottish Liberal Democrats and one from the Scottish Conservatives. Such was the scale of their gains that, of the 73 constituencies in Scotland, only 20 are now represented by MSPs of other political parties. The Scottish Labour Party lost seven seats and suffered their worst election defeat in Scotland since 1931, remaining the largest opposition party; party leader Iain Gray announced his resignation following his party's disappointing result. The Scottish Liberal Democrats were soundly defeated; their popular vote share was cut in half and their seat total reduced from 17 to five. Tavish Scott announced his resignation as party leader shortly after the election. For Scottish Conservatives, the election proved disappointing as their popular vote...
Read More