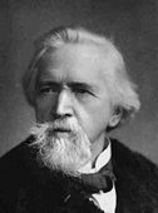 Description:
Secular ethics is a branch of moral philosophy in which ethics is based solely on human faculties such as logic, reason or moral intuition, and not derived from purported supernatural revelation or guidance (which is the source of religious ethics). Secular ethics can be seen as a wide variety of moral and ethical systems drawing heavily on humanism, secularism and freethinking.

The majority of secular moral systems accept either the normativity of social contracts, some form of attribution of intrinsic moral value, intuition-based deontology, or cultural moral relativism. Approaches like utilitarianism, subjective moral relativism, and ethical egoism are less common, but still maintain a significant following among secular ethicists. Little attention is paid to the positions of moral skepticism and moral nihilism, however many religious and some secular ethicists believe that secular morality cannot exist without God or gods to provide ontological grounding, or is at least impossible to apprehend apart from authoritative revelation.

It must be mentioned that the concept of secular ethics is not necessarily opposed to or inherently contrasting with religious ethics. Certain sets of moral beliefs, such as the golden rule or a commitment to non-violence, could be held by each position and mutually agreed upon. As well, it must be mentioned that secular ethics have been developed differently given the different times and different situations faced.