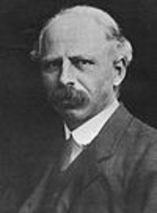 Description:
Social liberalism is the belief that liberalism should include social justice. It differs from classical liberalism in that it believes the legitimate role of the state includes addressing economic and social issues such as unemployment, health care, and education while simultaneously expanding civil rights. Under social liberalism, the good of the community is viewed as harmonious with the freedom of the individual.The history of European liberalism (1959), Guido De Ruggiero, pp. 155–157 Social liberal policies have been widely adopted in much of the capitalist world, particularly following World War II. Social liberal ideas and parties tend to be considered centrist or centre-left.

A reaction against social liberalism in the late twentieth century, often called neoliberalism, led to monetarist economic policies and a reduction in government provision of services. However, this reaction did not result in a return to classical liberalism, as governments continued to provide social services and retained control over economic policy.