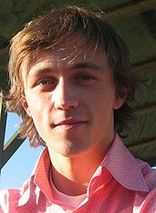 Sondre Lerche was born in Bergen, Norway. Growing up, Lerche was heavily influenced by the '80s pop that emanated from his older siblings' rooms. Compelled by a defining fascination for bands such as A-ha, the Beach Boys, and Prefab Sprout, Lerche began formal guitar instruction at age eight. Not being satisfied with classical lessons, Lerche's teacher introduced him to Brazilian music (such as Bossa Nova) and thus formed the foundation of Lerche's vast array of complex melodies and chords throughout his music today. At age fourteen, Lerche penned his first song titled, "Locust Girl." Lerche performed acoustic gigs at the club where his sister worked while he was still under age, and was ‘discovered' by Norwegian producer H.P. Gundersen. Under Gundersen's mentorship, Lerche was exposed to diverse music genres, including psychedelia, '60s pop, and mainstream Brazilian music, broadening his appreciation for eclectic music styles. Around this time Lerche also met up with Oslo-based manager Tatiana Penzo, leading up to a deal with Virgin Norway. His popularity in his home country increased steadily, and in 2000 he recorded his debut album, Faces Down.

Faces Down was a hit in Norway and received critical praise in Norway and the United States — Rolling Stone Magazine placed it in their top 50 albums of 2002. He toured in America and Europe.The songs from Faces Down had...
Read More