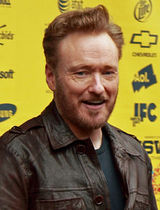 Description:
South by Southwest (SXSW) is a set of film, interactive and music festivals and conferences that take place every spring (usually in March) in Austin, Texas, United States. SXSW first began in 1987 and is centered on the downtown Austin Convention Center. Each of the three parts runs relatively independently, with different start and end dates. In 2011, the conference lasted for ten days, with interactive lasting for five, music for six, and film lasting the longest at nine days.

SXSW Music is one of the largest music festivals in the United States, with more than 2,000 performers playing in more than 90 venue around downtown Austin over four days, in March. Though it is an industry-based event, SXSW Music links locally with events such as the annual Austin Music Awards show and Heart of Texas Rock Fest. SXSW Music also offers free musical samples of featured artists at each festival. The number of songs has grown from 775 MP3 tracks in 2005 to 1,267 in 2009.

SXSW Film has become one of the world's premier film festivals, focusing on new directing talent.

Similarly, SXSW Interactive has attracted a strong following among web creators and entrepreneurs. Its focus on emerging technology has earned the festival a reputation as a breeding ground for new ideas and creative technologies. According to festival co-organizer Louis Black, SXSW Interactive "has probably been the biggest of its kind in the world" since...
Read More