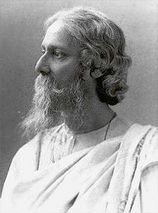 Description:
St. Xavier's Collegiate School was established in 1860 in Kolkata, India by missionaries of the Society of Jesus. The school is named after St. Francis Xavier. The School, whose alumni range from the Nobel laureate Rabindranath Tagore to the former Indian cricket captain Sourav Ganguly, is widely regarded as one of India's most prestigious institutions, and has been described by the British writer Dennison Berwick as the "Harrow on the Hooghly".. In 2010, St Xavier's completed 150 years.

There are two school buildings separated by a street, one for the Primary School (grades K - 5) and the other for the Secondary School (grades 6 - 12). The secondary school building shares the campus with the St. Xavier's College building and one of the college hostels. The two institutions were established by the same Christian order, but have independent administrations.

The school was established for the education of Catholic boys. However, it has long admitted students of any religious belief. In fact, most classes (with the exception of Kindergarten)...
Read More