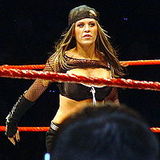 Description:
Survivor: China is the fifteenth season of the American CBS competitive reality television series Survivor. The premiere aired September 20, 2007. Host Jeff Probst claimed the show was the first full American TV series to be filmed entirely within the People's Republic of China. Fiji live reunion special, May 13, 2007 It is also the northernmost Survivor season held to date, well outside of the tropical zone.

Among the many aspects of Chinese culture and history included this season were a Buddhist ceremony and a tall replica of a historic temple used for Tribal Council. Each tribe received a copy of The Art of War by Sun Tzu. As stated by Probst: "Survivor is a war. The book deals with leadership and how you defeat the other tribe. It's interesting how much it plays into the game all the way through." The show had "unprecedented access" to several historical Chinese monuments, including the Shaolin Temple and the Great Wall of China.

The "Outwit, Outplay, Outlast" slogan used in previous season's logos has been replaced by Chinese characters. The...
Read More