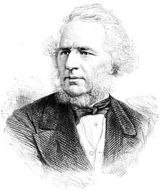 Description:
Talbot Baines Reed (3 April 1852 – 28 November 1893) was an English writer of boys' fiction who established a genre of school stories that endured into the second half of the 20th century. Among his best-known work is The Fifth Form at St. Dominic's. He was a regular and prolific contributor to The Boy's Own Paper (B.O.P.), in which most of his fiction first appeared. Through his family's business, Reed became a prominent typefounder, and wrote a classic History of the Old English Letter Foundries.

Reed's father, Charles Reed, was a successful London printer who later became a Member of Parliament (MP). Talbot attended the City of London School before leaving at 17 to join the family business at the Fann Street type foundry. His literary career began in 1879, when the B.O.P. was launched. The family were staunchly Christian, pillars of the Congregational Church, and were heavily involved in charitable works. However, Reed did not use his writing as a vehicle for moralising, and was dismissive of those early school story writers, such as Dean Farrar, who did. Reed's affinity with boys, his instinctive understanding of their standpoint in life and his gift for creating believable characters, ensured that his popularity survived through several generations. He was widely imitated by other writers in the school story genre.

In 1881, following the death of his father, Reed became head of the Fann Street foundry. By then he had begun his monumental Letter Foundries history...
Read More