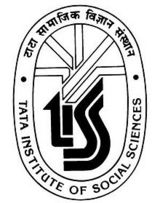 The Tata Institute of Social Sciences (TISS) was established in 1936, as the Sir Dorabji Tata Graduate School of Social Work. The first school of social work in India, TISS was a pioneering effort with the objective of Social Welfare through academic excellence, a characteristic of the Sir Dorabji Tata Trust (SDTT). Its establishment was the result of the decision of the Trustees of the SDTT to accept Dr. Clifford Manshardt’s vision of a post-graduate school of social work of national stature that would engage in a continuous study of Indian social issues and problems and impart education in social work to meet the emerging need for trained human power. This subsequently influenced the direction of social work education and social research in India.

In 1944, the Sir Dorabji Tata Graduate School of Social Work was renamed as the Tata Institute of Social Sciences. The year 1964 was an important landmark in the history of the Institute, when it was recognized as a Deemed University by the University Grants Commission (UGC) of India.

Since then, the TISS has been expanding continuously in terms of educational programmes and infrastructure. While responding to the changing needs of the social and educational system in the country, the Institute has gone far beyond the initial concern of social work education. Thus, what...
Read More