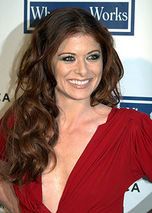 The Finale (Will & Grace)

The Finale (Will & Grace)

Description:
"The Finale" is the series finale of Will & Grace and the twenty-third episode of the show's eighth season. It originally aired on the National Broadcasting Company (NBC) in the United States on May 18, 2006, when it was watched by an average of eighteen million viewers, making it the most watched episode of the final two seasons of Will & Grace. In the finale, Will and Grace have a falling-out that lasts for years. They each have a child with their respective partners, and eventually reconcile when their children start college together. Meanwhile, Karen's arch-enemy Beverley Leslie makes an offer to Jack which ultimately leads to Jack inheriting Beverley's fortune.

The episode was written by series creators and executive producers David Kohan and Max Mutchnick, and directed by James Burrows. Filming took place at CBS Studio Center in Studio City, California in April 2006. The cast members took the news about the show ending well, but they became emotional as the final scene was being filmed. NBC heavily promoted the finale, and the main cast members appeared on The Oprah Winfrey Show and The Today Show to bid farewell. An hour-long series retrospective, "Say Goodnight Gracie", featuring interviews with the cast, crew, and guest stars, preceded the hour-long series finale. Since airing, the finale has received mixed reviews from television critics.

Grace Adler (Debra Messing), heavily pregnant, is having bizarre dreams of the future in...
Read More