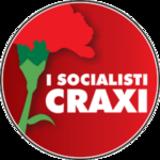 Description:
The Italian Socialists (I Socialisti Italiani) was a minor social-democratic political party in Italy.

The party was founded on 7 February 2006 as the result of a split in the New Italian Socialist Party (NPSI) by the wing favourable to a political alliance with The Union and an immediate discontinuance of ties with the House of Freedoms. The party was originally led by Bobo Craxi, son of the late leader of the Italian Socialist Party Bettino Craxi.

In the 2006 general election the party was part of The Union coalition, being present only in few constituencies and thus gaining only 0.3% of the vote for the Chamber of Deputies and 0.4% for the Senate. The party saw none of its members elected and even Craxi, who had a spot in The Olive Tree list, was not elected, leaving the party with no representation in Parliament. However, the centre-left coalition won the election and Craxi was appointed Under-Secretary of Foreign Affairs in Prodi II Cabinet.

The first party convention, held in March 2007, elected unanimously Saverio Zavettieri as party secretary and deliberated the change in name from The Socialists to The Italian Socialists. The party also discussed and rejected the opportunity to join the Democratic Party.

In July 2007 the party decided to merge into the new Socialist Party, which was launched on 5 October 2007, but, in July 2008, Zavettieri left that party and re-organized The Italian Socialists. In October 2009 also Craxi left the...
Read More