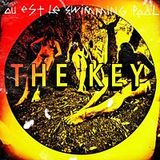 Description:
The Key is a fantasy novel written by Marianne Curley. It is the third book in the Guardians of Time Trilogy.

In this installment of the series, Matt and Rochelle struggle to deal with the impending battle, which has been predicted to decide the fate of the Named. Meanwhile, tensions have been mounting as romance between the Named forms, much to the displeasure of some characters. A traitor has also been discovered.This book basically states the struggles between different characters point of view mostly from Rochelle, but finds a way to get through them by ignoring the accusations

The story is set in Angel Falls which is located above the ancient city of Veridian.

More so than in the previous two novels, the story takes place in the lost city and a mythical city of Atlantis, pre-sinking. Other locations of action include the high school in Angel Falls and the woods surrounding the city, where the epic battle takes place.

Shelle Rosenfeld in her review for Booklist said that "Matt and Rochelle's...
Read More