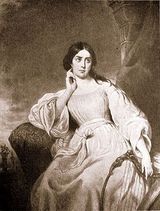 The Maid Of Artois

The Maid of Artois

Description:
The Maid of Artois is an opera by Michael Balfe, written in 1836 to a libretto by Alfred Bunn, manager of the Theatre Royal, Drury Lane in London. The opera received good notices, and the overture was much admired. The opera opened on 27 May 1836, starring the Maria Malibran as the title character, Isoline. The story concerns a girl in love, who is poached by a rich Marquis. The lovers seem destined to end their days in the wastes of the desert, until an unexpected rescue comes.

Balfe's music shows the influence of his earlier training in Italy, especially of Bellini and Donizetti, as well as the French works that Balfe had sung (as a baritone) at the Paris Opéra, where he and Malibran had appeared together. Balfe wrote The Maid of Artois partly as a vehicle for her when she was 27, at the time of her riding accident in April 1836. She performed the opera using crutches beginning in May, but she never recovered from her injuries and died later in 1836. Malibran was a mezzo-soprano with a three octave range. She had died before the score was printed, and so Balfe decided to set brighter, higher versions of the coloratura and other music in her role that are more typical of operatic treatments of a youthful character such as Isoline.

ACT I The grounds of a Parisian Chateau