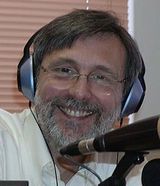 Description:
Thom Hartmann (born May 7, 1951) is an American radio host, author, former psychotherapist and entrepreneur, and progressive political commentator. His nationally-syndicated radio show, The Thom Hartmann Program, airs in the United States and has 2.75 million listeners a week.Talkers Magazine Heavy Hundred, Talkers Magazine, 2008–2010 , and number 8 in 2011 defining him as the most important liberal host for four years in a row (the ones above Hartmann are conservatives).

Hartmann's article "Talking Back To Talk Radio" became part of the original business plan of Air America Radio. He replaced Al Franken on the network on February 19, 2007. On March 1, 2009, Hartmann moved syndication of his show from Air America to the former Jones Network, now owned by Dial Global (which also syndicates Neal Boortz, Ed Schultz, Michael Smerconish, Bill Press, Stephanie Miller, and Clark Howard). In the summer of 2009, his program began to also be offered to nonprofit stations via the Pacifica network, and some community/nonprofit stations in the US are also carrying his show. The radio program is also simulcast as a TV program by Free Speech TV on Dish Network and DirecTV. Additionally, he stars in a one-hour daily TV show which his production...
Read More