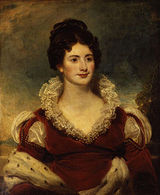 Major-General Sir Thomas Munro, 1st Baronet KCB (27 May 1761 – 6 July 1827) was a Scottish soldier and colonial administrator. He was an East India Company Army officer and statesman.

Munro was born in Glasgow to a merchant called Alexander Munro. Thomas' grandfather was a tailor, who prospered by successful investments in American tobacco. After working as a bank clerk, Alexander Munro joined the family's prosperous tobacco business, but was ruined by the collapse of the tobacco trade during the American Revolutionary War. Thomas was also a direct descendant of George Munro, 10th Baron of Foulis (d.1452), chief of the Highland Clan Munro.

Thomas was educated at the University of Glasgow. While at school, Thomas was distinguished for a singular openness of temper, a mild and generous disposition, with great personal courage and presence of mind. Being naturally of a robust frame of body, he surpassed all his school-fellows in athletic exercises, and was particularly eminent as a boxer. He was at first intended to enter his father's business, but in 1789 was appointed to an infantry cadetship in...
Read More