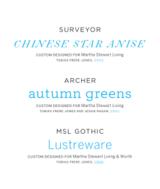 He is a son of Robin Carpenter Jones and his wife, the former Elizabeth Frere, and a brother of music critic Sasha Frere-Jones. He is a grandson of Alexander Stuart Frere-Reeves, the former chairman of the board of William Heinemann Ltd, the British publishing house, and a great-grandson of the writer Edgar Wallace, who wrote the screenplay for the film King Kong.

After receiving a BFA in 1992 from Rhode Island School of Design, Frere-Jones joined Font Bureau, Inc. in Boston. Over seven years as a Senior Designer, he created a number of the typefaces that are Font Bureau's best known, among them Interstate and Poynter Oldstyle & Gothic. He joined the Yale School of Art faculty in 1996 as a Critic. In 1999, he left Font Bureau to return to New York, where he began work with Jonathan Hoefler. Since working together, the two have collaborated on projects for The Wall Street Journal, Martha Stewart Living, Nike, Pentagram, GQ, Esquire magazine, The New Times, Business 2.0, and The New York Times Magazine.

He has designed over seven hundred typefaces for retail publication, custom clients, and...
Read More