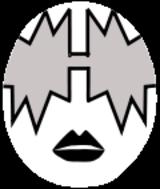 After playing guitar in several rock groups, Thayer formed a band with Jaime St. James. The band was originally named Movie Star, which morphed into the band Black 'n Blue in late 1981. By that time, St. James had given up his drumsticks for a microphone, and he became the lead singer of Black 'n Blue. Jeff Warner on guitar, Patrick Young on bass, and Pete Holmes on drums rounded out Black 'n Blue's lineup.

When Ace Frehley left Kiss in 2002, Thayer was the band's choice to replace Frehley. Simmons and Stanley wanted to retain the classic look of the original lineup and chose Thayer to don Frehley's "Spaceman" makeup and replicate his performance antics. In March 2002, Thayer played his...
Read More