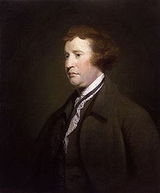 Description:
Traditionalist conservatism, also known as "traditional conservatism," "traditionalism," "Burkean conservatism", "classical conservatism" and (in non-American English or Australian English-speaking nations) "Toryism", describes a political philosophy emphasizing the need for the principles of natural law and transcendent moral order, tradition, hierarchy and organic unity, agrarianism, classicism and high culture, and the intersecting spheres of loyalty.Frohnen, Bruce, Jeremy Beer, and Jeffrey O. Nelson, ed. (2006) American Conservatism: An Encyclopedia Wilmington, DE: ISI Books, pp. 870-875. Some traditionalists have embraced the labels "reactionary" and "counterrevolutionary", defying the stigma that has attached to these terms since the Enlightenment. Having a hierarchical view of society, many traditionalist conservatives, including a few Americans, defend the monarchical political structure as the most natural and beneficial social arrangement.

Traditionalism— not being an exact political model— has existed since the inception of civilization; its contemporary expression, however, developed in 18th century Europe (particularly in response to the English Civil War and the French Revolution). Not until the mid-20th century did traditionalist conservatism in the United States begin to organize itself in earnest as an intellectual and political force. This more modern...
Read More