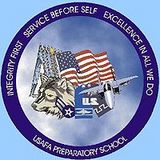 The prep school has a staff of 57 people and offers a 10-month program of intense academic preparation, military training, and athletic conditioning, designed to develop in cadet candidates the skills and character necessary to be successful at the Academy. The academic curriculum is focused on mathematics, English, and sciences.

Admission and transition to USAFA

Like the Academy, admission to the prep school is competitive, with selections made by the Academy director of admissions. If a civilian, Airman, either Active Duty or Reserve, applies for but does not...
Read More