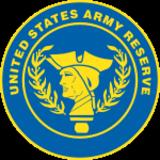 The Army Reserve was formed in 1908 to provide a reserve of medical officers to the Army.Harford, Lee S., Warrior Citizens of America, January 2007, Office of Army Reserve History After the First World War, under the National Defense Act on 4 June 1920, Congress reorganized the U.S. land forces by authorizing a Regular Army, a National Guard, and an Organized Reserve (Officers Reserve Corps and Enlisted Reserve Corps) of unrestricted size, which later became the Army Reserve.

Reserve soldiers perform only part-time duties as opposed to full-time (active duty) soldiers, but rotate through mobilizations to full-time duty. When not on active duty, reserve soldiers typically perform training/service one weekend per month, known as inactive duty for training (IADT) and currently referred to as Battle Assembly, and for two continuous weeks at some time during the year referred to as Annual Training (AT). Many reserve soldiers are organized into Army Reserve troop program units (TPU), while others serve in active Army units as Individual Mobilization Augmentees (IMA), or are in non-drilling control groups of the Individual Ready Reserve (IRR). Reserve Soldiers may also serve on active duty in support of...
Read More