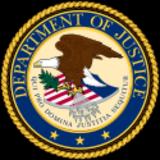 Since December 2010 the office is held by James M. Cole, who received a recess appointment by President Obama and subsequently was confirmed by the Senate in June 2011.

On May 14, 2007 Paul McNulty, then Deputy Attorney General, announced his resignation in a letter to Attorney General Alberto Gonzales. At the time, McNulty was considered "the highest-ranking Bush administration casualty in the furor over the firing of U.S. attorneys." Later, Gonzales himself would resign.

On July 18, 2007 President Bush announced his appointment of Craig S. Morford as acting Deputy Attorney General. Morford had been serving as the U.S. attorney in Nashville, Tennessee, and was known for his successful prosecution of former Ohio Representative James Traficant on bribery charges.