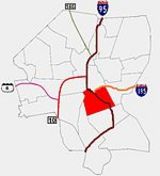 After the founding of Providence, the area that is today Upper South Providence Between 1754-1868, the neighborhood and areas south were part of the city of Cranston, Rhode Island. The area did not witness substantial development until the industrialization of the late 19th century, when it attracted Irish and Jewish immigrants.

All of Upper South Providence is in Ward 11. This ward is represented in the Providence City Council by Balbina A. Young, a Democrat.

Nearly half of all public school children under the age of six speak a language other than English as their primary language. This is below the city-wide average of 54%.

The Upper South Side continues to struggle with entrenched poverty. The...
Read More