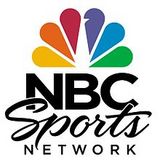 Description:
Versus is a sports-oriented cable television channel in the United States. It is owned by NBCUniversal, a subsidiary of Comcast. It was previously known as Outdoor Life Network (OLN); the name was licensed from Outdoor Life magazine. The channel was launched in July 1995 and at the time focused almost exclusively on fishing, hunting, and other related outdoor sports. However, by September 2006, the network had become increasingly focused on mainstream sportsresulting in its re-launch as Versus.

To reflect the NBC/Comcast merger, the network will be re-launched as the NBC Sports Network on January 2, 2012.

The channel originally signed on as the Outdoor Living Network (or OLN) on July 1st, 1995, and for the first near-decade of the channel's existence, focused on hunting and fishing shows. In 2004, OLN capitalized on the popularity of Lance Armstrong during the Tour de France, showing virtually nothing but Tour-related coverage for over three weeks, including additional Tour-related reality programming focusing on Armstrong and his fans.

In July 2005, OLN revamped its image, focusing on more extreme outdoor sporting events. In conjunction with the revamp, OLN's logo and American website were completely redesigned as well. As part of the revamp, OLN acquired the rights from NBC Universal of the X Games-type Gravity Games as well as the rebroadcast rights to the CBS reality series Survivor, and began airing the series...
Read More