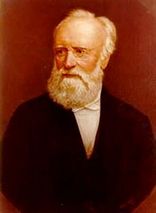 Williamson was born at Scarborough, North Yorkshire. His father, John Williamson, after beginning life as a gardener, became a well-known local naturalist, who, in conjunction with William Bean, first explored the rich fossiliferous beds of the Yorkshire coast. He was for many years first curator of the Scarborough natural history museum (Rotunda Museum). William Smith, the "father of English geology," lived for two years in the Williamsons' house. Young Williamson's maternal grandfather was a lapidary, and from him he learnt the art of cutting stones.

Entering a medical career, he for three years acted as curator of the Natural History Society's museum at Manchester. After completing his medical studies at University College, London, in 1841, he returned to Manchester to practise his profession.

When Owen's College at Manchester was founded in 1851 he became professor of natural history there, with the duty of teaching geology, zoology and botany. A division of labour took place as additional professors were appointed, but he retained the chair of botany down to 1892. Williamson's teaching work was not confined to his university classes, for he was also a successful popular lecturer, especially for the Gilchrist Trustees. Shortly afterwards retiring in 1892 he moved to Clapham, where he died.

Williamson when little more than sixteen he...
Read More