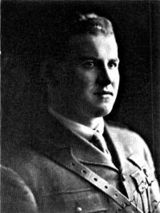 Description:
William Dunstan VC (1895 &ndash; 1957) was an Australian recipient of the Victoria Cross, the highest award for gallantry "in the face of the enemy" that can be awarded to members of the British and Commonwealth armed forces.

He was 20 years old and a Corporal in the 7th Battalion (Victoria), Australian Imperial Force during the First World War when he was awarded the VC for his actions on 9 August 1915, at Lone Pine, Gallipoli, Turkey: The enemy made a determined counter-attack on the centre of the newly captured trench held by a lieutenant (Frederick Harold Tubb), two corporals (Alexander Stewart Burton and Corporal Dunstan) and a few men. The enemy blew in the sand-bag barricade, leaving only a foot standing, but the lieutenant and the two corporals repelled the enemy and rebuilt the barricade. Twice more the enemy blew in the barricade and on each occasion they were repelled and the barricade rebuilt.

Dunstan was blind for almost a year after Lone Pine. He later achieved the rank of Lieutenant. Before the war, Dunstan had been a messenger boy in a draper's shop. After the war he became the general manager of Keith Murdoch's The Herald and Weekly Times newspaper group. He died 3 March 1957.

His Victoria Cross is displayed at the Australian War Memorial, Canberra, Australia. In 1995 a Memorial to Dunstan was erected in Sturt St, Ballarat, Victoria, Australia. The "Dunstan VC Club" at Puckapunyal is named in...
Read More