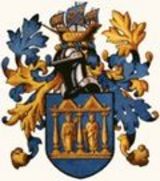 Description:
Wisbech Town F.C. is an English football club currently based in Wisbech, Cambridgeshire. The club are currently members of the Eastern Counties League Premier Division and play at the Fenland Stadium.

Although a Wisbech Town existed in the 1890s, the current club was established in 1920 by the merger of three local clubs. They initially played in the Peterborough & District League, winning it in 1924-25, 1927-28, 1928-29, 1931-32 and 1932-33. In 1935 the club turned semi-professional and joined the United Counties League. Former West Ham player Sam Jennings was the first major signing, and the club won the United Counties League Cup in their first season.

In 1945-46 the club reached the first round of the FA Cup, but lost to Ipswich Town. The following season they won the league title, a feat repeated the season after. In 1950 they switched to the Eastern Counties League, before joining the Midland League in 1952.

In 1957-58 the club reached the second round of the FA Cup, beating Colchester United 1-0 in the first leg, before losing 2-1 at Reading. That season they finished second in the league, and switched again to the Southern League, joining the North-West Division. After finishing ninth and reaching the first round of the FA Cup again (losing 4-1 in a replay at Newport County), the club was placed in the new Premier Division as the league reorganised. They reached the first round again in 1959-60, but lost 4-1 to Wycombe Wanderers. They were relegated in...
Read More