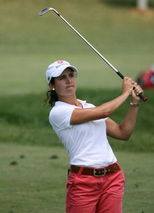 Description:
Women's golf has a set of major championships which parallels that in men's golf, but the women's system is younger and has been less stable than the men's. Many professional stroke play events for women are played over three rounds (54 holes), but the majors are played over four rounds (72 holes), which is the standard length of regular men's tournaments. This is the same distinction as for senior men's tournaments. The lowest score in relations to par recorded in an LPGA major championship was 19-under-par, by Dottie Pepper at the 1999 Kraft Nabisco Championship, Karen Stupples at the 2004 Women's British Open, Cristie Kerr at the 2010 LPGA Championship, and Yani Tseng at the 2011 LPGA Championship. The lowest aggregate score for 72-holes is 267, which was achieved by Betsy King at the 1992 LPGA Championship.

The LPGA's list of majors has changed several times over the years, with the last change in 2001, after the du Maurier Classic, held in Canada, lost its primary sponsorship after that country passed severe restrictions on tobacco advertising. The tournament, now known as the Canadian Women's Open, is still a regular event on the LPGA tour, but with a somewhat lower profile. The LPGA replaced the du Maurier Classic on its list of majors with the Women's British Open. The LPGA currently recognizes four majors. In the order in which they are played each year these are: