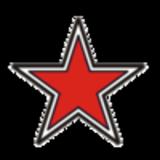 Description:
The XII Corps (Twelfth Army Corps) was a corps of the Union Army during the American Civil War.

The corps was formed by U.S. War Department General Order of March 13, 1862, under which the corps organization of the Army of the Potomac was first created. By that order, five different corps were constituted: one of which, composed of the divisions of Alpheus S. Williams and James Shields and commanded by Maj. Gen. Nathaniel P. Banks, was designated as the V Corps. These divisions were then operating in the Shenandoah Valley. On June 26, President Abraham Lincoln ordered that "the troops of the Shenandoah Department, now under General Banks, shall constitute the Second Army Corps" of the Army of Virginia. On September 12, General Order 129, it was ordered that its designation be changed to that of the XII Corps, and that Maj. Gen. Joseph K. Mansfield be placed in command.

The XII Corps was small&mdash;only two divisions instead of the customary three&mdash;but was composed of excellent material. Among its regiments were the 2nd Massachusetts, 7th Ohio, 5th Connecticut, 13th New Jersey, 107th New York, 28th Pennsylvania, 46th Pennsylvania, 3rd Wisconsin, and others equally famous as crack regiments; all of them with household names in the communities from which they were recruited.

The Valley and Antietam