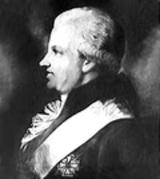 Of noble parentage, Bulgakov attended the gymnasium of the newly-founded Moscow University. His class fellows included Ippolit Bogdanovich, Denis Fonvizin, and Grigory Potemkin. It was Bulgakov who was sent to notify Augustus III about the demise of Empress Elizabeth. A year later, he was dispatched to Vienna to inform Maria Theresa of Austria about the coup d'état that brought Catherine II to the throne.

Together with his patron, Prince Nicholas Repnin, Bulgakov was active in Warsaw, where he served as a secretary at the Russian mission. After the Treaty of Kucuk Kaynarca, he accompanied Repnin to Istanbul, where they persuaded the Sultan to acknowledge the independence of Crimea. In 1777 Repnin and Bulgakov proceeded to the Congress of Teschen, which concluded the War of the Bavarian Succession. Four years later, Bulgakov went to Ukraine, charged with the task of delineating the new border with Poland.

On 20 May 1781, the Empress appointed Bulgakov her emissary at the Sublime Porte. His mission was to prepare and smooth the Russian annexation of Crimea. A free trade agreement, concluded between the powers in 1783, was his notable success. When the last Crimean khan submitted to Catherine's authority, there were fears that the Russian resident would be mobbed and lynched. However, Bulgakov did not allow himself to be entrapped...
Read More