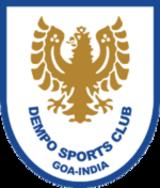 Description:
Dempo Sports Club is a sports club based in Panjim, Goa. Its football side is one of India's most prominent football teams. The club is owned and sponsored by the Dempo group of companies. Popularly known as ‘the whites’, the team has been a constant performer in all the national football championship and gained immensely popularity in the last four decades of its existence.

The team has several accolades and honors in its kitty. In the 2004-05 season, the club won its maiden National Football League title. They won the league again in the 2006-2007 season and followed it with the two I-League triumphs in 2006-07 in its inaugural version and then in 2009-2010.

Many famous players of the national football team of the country have once been associated with this team. Players of prominence on the team include Indian nationals Climax Lawrence, Clifford Miranda, Mahesh Gawli and foreign players like Ranty Martins Soleye of Nigeria and Beto of Brazil. The head coach of the club is Armando Colaco.

Dempo Sports Club began as Bicholim Football Club which was a top First Division league side in the 1960s. Football lovers in the country remember the Bicholim Football Club as one of the most talented football club in the country. Players like Subhash Sinari, Bernard Olivera, Tolentino Serrao, Bhaskar, Kalidas Gaad, Manohar Pednekar, Bhai Pednekar, Ganpat Gaonkar and Pandurang Gaonkar are still remembered to the Bicholim...
Read More