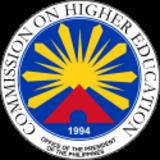 Education In The Philippines

Education in the Philippines

Description:
Historically, in the past, the Philippines was a pioneer in many aspects regarding education in Asia. The oldest universities, colleges, vocational schools and the first modern public education system in Asia were created during the colonial periods. In 1899 one author said when Spain was replaced by the United States as the colonial power, Filipinos were among the most educated subjects in all of Asia.

Filipino children may enter public school at about age four, starting from nursery up to kindergarten. At about seven years of age, children enter elementary school for six or seven years. This is followed by secondary school, also called as high school, for four years. Students may then sit for College Entrance Examinations (CEE), after which they may enter tertiary institutions for three to five years.

There are other types of schools such as private schools, preparatory......
Read More