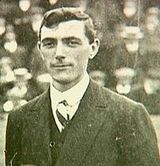 All managers prior to 1948 were given the title secretary-manager, and dates for appointment of these should be taken only as approximate, although the years should be correct. The first secretary-manager was Louis Ford in 1890. Fred Everiss served as Albion's secretary-manager during 1902&ndash;1948, his 46 years in the post constituting a league record. A high turnover of managers at the club since then has meant that no-one has come close to this length of service, with 28 full-time managers having been appointed in the period 1948&ndash;2006.Ronnie Allen, Ron Atkinson and Johnny Giles all served as manager during two separate spells at Albion, thus are each counted twice in this total.

The post of full-time manager was created in 1948, with Jack Smith the first to take up the position. Albion's longest serving manager in the post-war era was Vic Buckingham, who in 1953&ndash;54 guided the club to victory in the FA Cup and a runners-up spot in the league.

From the 2009&ndash;10 season the title of manager was changed to head coach.

Only competitive matches are counted.