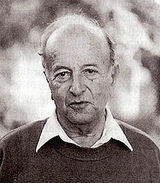 Description:
Moshe Wolman (November 10, 1914 – September 5, 2009) was an Israeli neuropathologist, born in Warsaw, then part of the Russian Empire. He is considered one of the fathers of histochemistry. His contributions to histochemistry are extensive and he is a member of the small group of distinguished histochemistry pioneers in the world. In 1954 he described Wolman's disease. In 1964 he became professor and chairman of pathology at the Tel Aviv University. In 1966, he was elected as a member of the prestigious Deutsche Akademie der Naturforscher Leopoldina.

Moshe Wolman was born in 1914 in Warsaw, Poland. He immigrated to Mandate Palestine in 1925. He grew up in Tel Aviv and graduated from the prestigious Herzliya Gymnasium (High School). He studied medicine in Italy (Florence 1932-1935 and Rome, 1935–1938). From 1938 to 1940, he worked in the Cancer Research Institute of the Hebrew University and did residency at the department of Internal Medicine of the Hadassah Hospital. In the 1940s, he volunteered to serve in the British Army and joined the 101 Military Mission (the famous Gideon Force of Orde Wingate). He was involved in the operation in 1941 that brought Emperor Haile Selassie back to occupied Ethiopia and was in charge of a medical ward and...
Read More