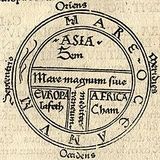 Description:
Racial antisemitism is prejudice against Jews as a racial/ethnic group, rather than Judaism as a religion., Jewish Encyclopedia.

A feature of racial antisemitism is that conversion to another religion does not erase all disabilities to which they had previously been subject, and even grandchildren of a convert (who may even not know of the heritage) could be stigmatized for their "inferior" blood. Racial antisemitism has existed alongside religious antisemitism at least since the Middle Ages. Racial antisemitism probably began with the limpieza de sangre ("purity of blood") laws of medieval Spain, where Spanish Jews who had converted to Catholicism (conversos in Spanish) were nevertheless "tainted" by their blood, and denied equal rights and status as Christians, This inferior status continued to apply to the converso's descendants, whose sincerity to their new faith was always in question before the Inquisition, and always had to be able to prove their blood line.

According to William Nichols, religious antisemitism may be distinguished from modern antisemitism based on racial or ethnic grounds. "The dividing line was the possibility of effective conversion . . . a Jew ceased to be a Jew upon baptism." However, with racial antisemitism, "Now the assimilated Jew was still a Jew, even after baptism ... . From the Enlightenment onward, it is no longer possible to draw clear lines of distinction between...
Read More